This site contains the most extensive collection of letters
written by conservationist Joy Adamson known to exist.
There are 12 pages of letters beginning in 1961 and continuing until
the 27th of December 1979, only days before she was brutally murdered.
These letters were written and sent to a person that Joy seemed to like and trust.
These letters offer a unique opportunity to take a rare look into the past.
Joy mentions in her letters several people, very well known during these years.

The letters on THIS page are an archive of letters written by Joy in
1961 though 1963.
These rare letters are in chronological order.
The oldest letters are presented first. 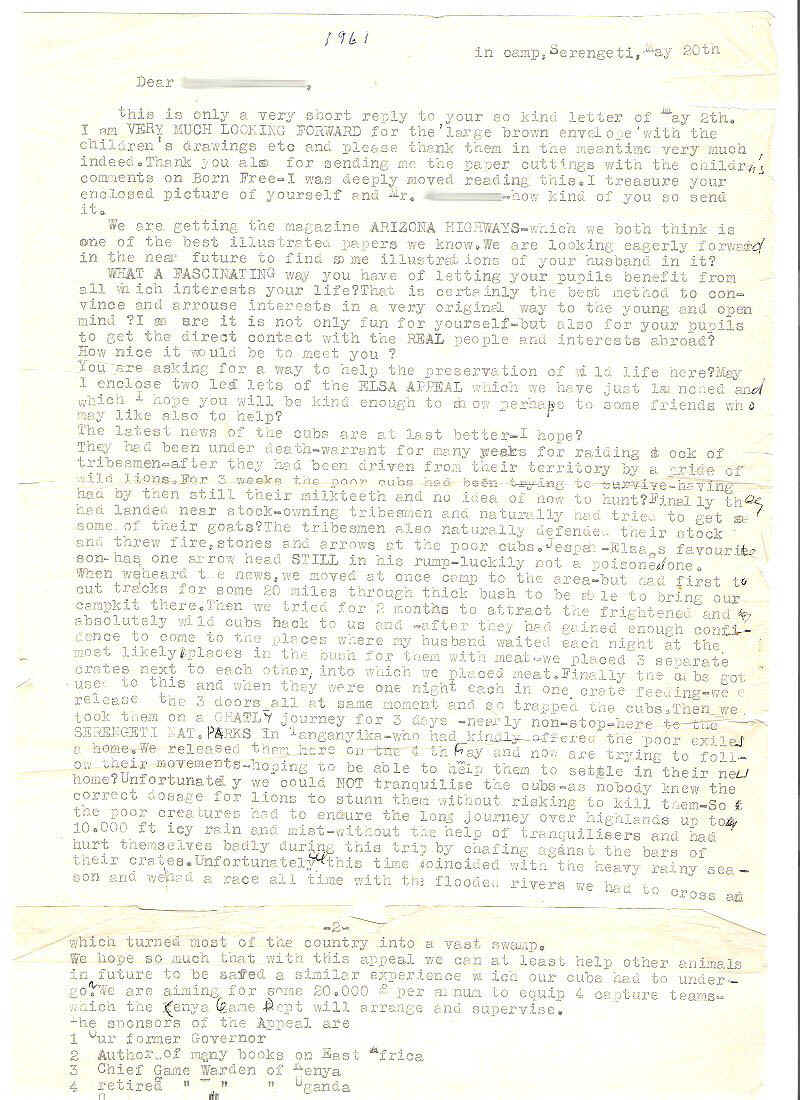 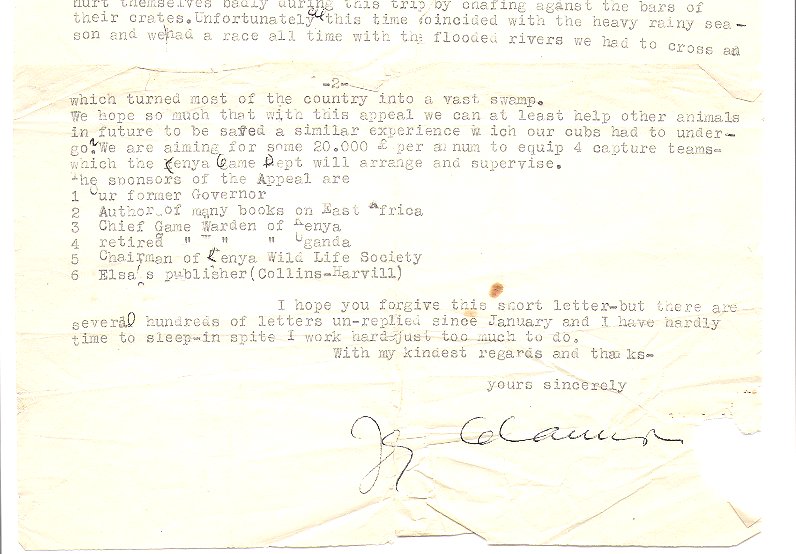 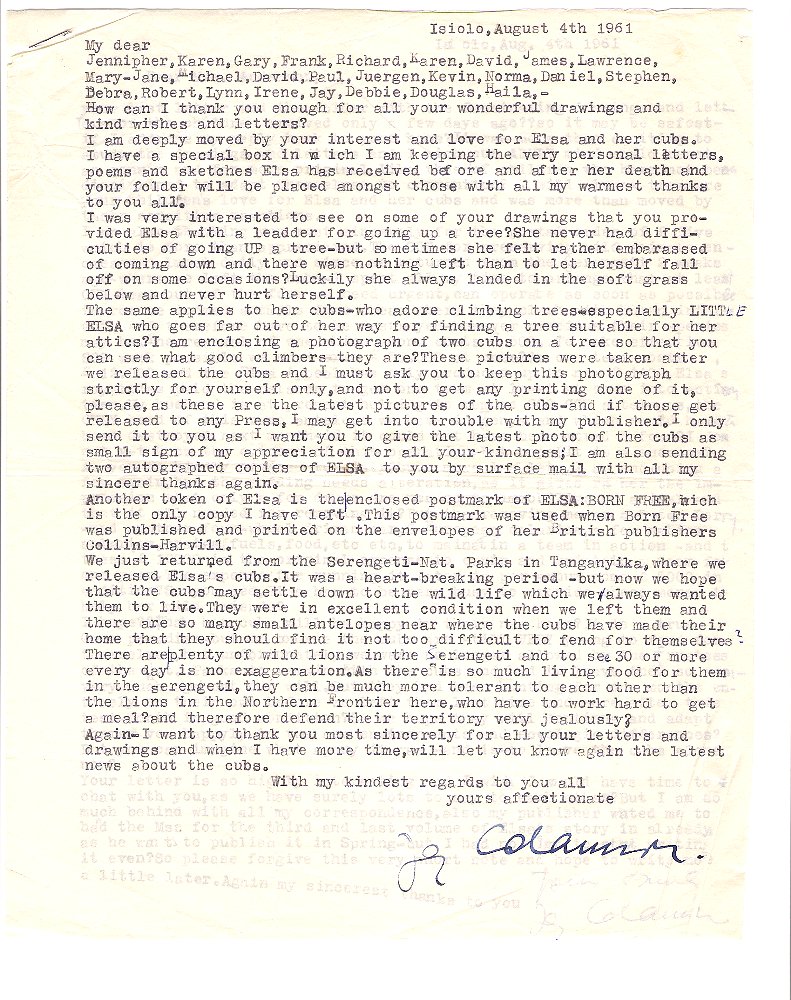 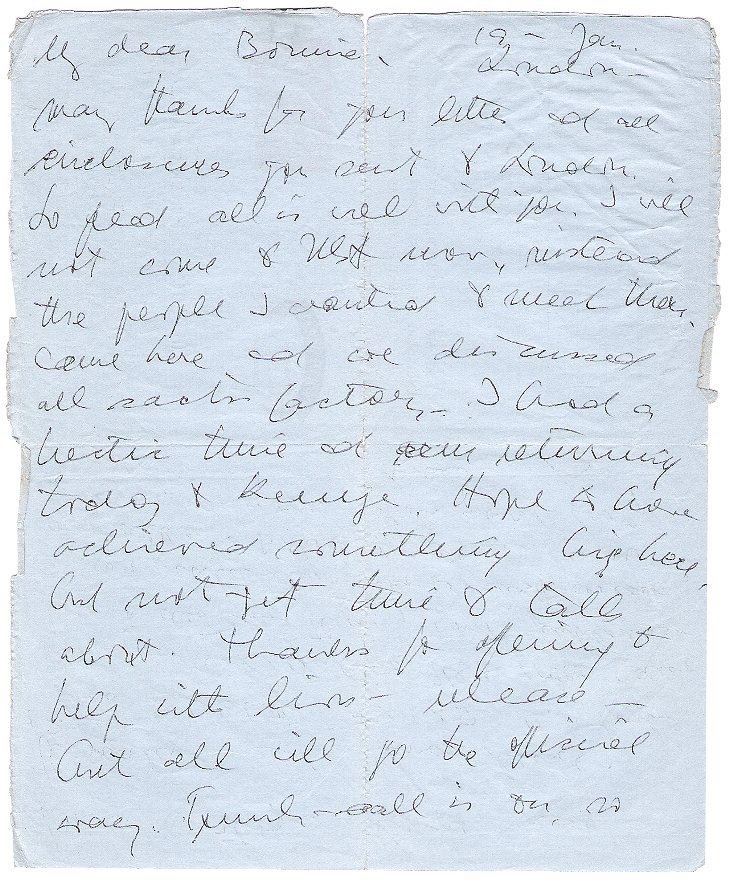 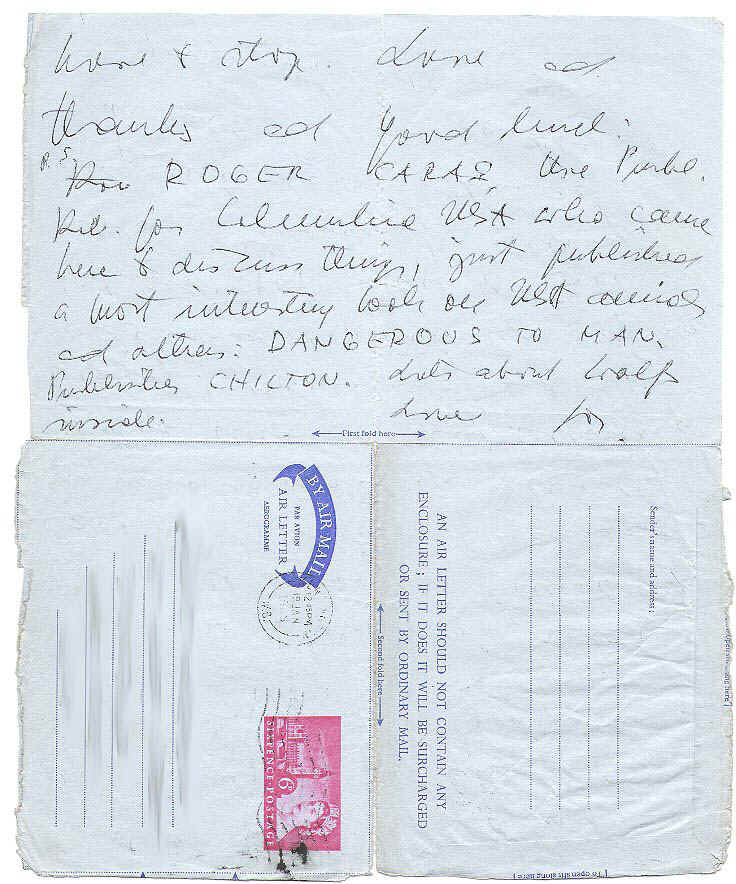 Next page of Letters....Letters 1964, January-June